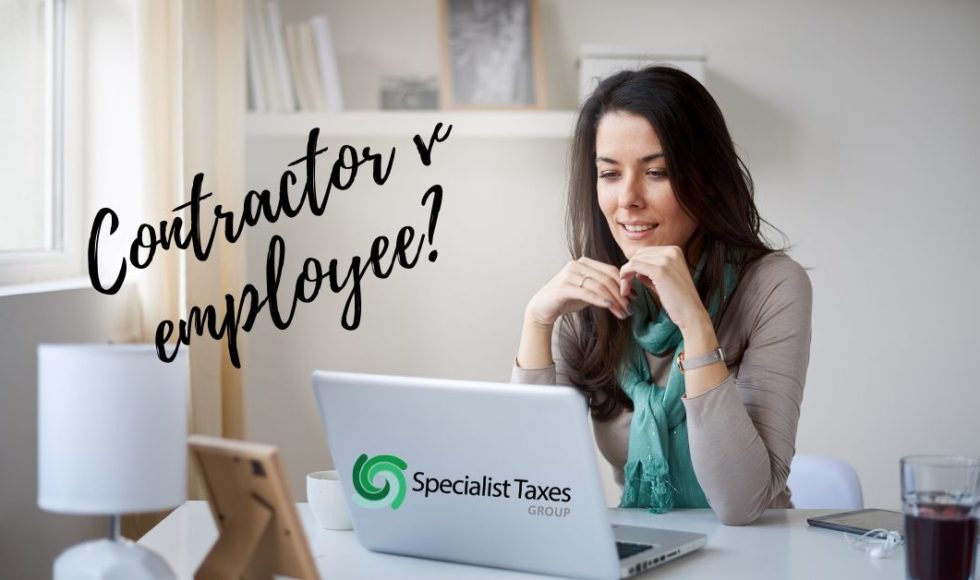 Distinguishing an ’employee v contractor’ is certainly one of the more challenging areas of indirect tax. Each tax has its unique factors, tests and exemptions which means that a seperate assessment is needed to determine if a contractor is captured for each of the relevant taxes and obligations:

As an employer, you are responsible and liable for any tax and entitlement underpayments. The consequences could be as high as 70% of the total amount paid to the contractor!

As a result, the compliance in this area of tax has been long earmarked as a high risk of revenue leakage which has led the ATO, Fair Work Ombudsman and respective State Revenue Authorities to increase investigations.

The ATO uses the common law meaning of the term employee when determining if a worker is regarded an employee. It has established various indicators based on the outcomes of court cases which are used to determine if a worker is an employee.

For superannuation purposes, the ATO captures workers regarded as employees at common law (above) but also extends the superannuation requirement to include contractors that are working wholly or principally for labour.

Although this is where most organisations are caught by surprise, its important to assess whether the contract is in fact “wholly or principally for labour” and there may be factors at play which indicate that it isnt.

The ATO has previously focused its audits on the building and construction industries. However, due to the development of the transient workforce it has since expanded its focus to most other industries, including:

The ATO has created a contractor tip-off online form to allow anyone to report a business if it suspects it is incorrectly treating an employee as a contractor. The form allows confidential tip-offs without divulging personal details which shows the extent the ATO is going into in order to gain better control over this area.

Contractors have long been a focus area of the respective State Revenue Authorities and continue to dominate audits.

All States and Territories (with the exception of WA) have implemented the relevant contract provisions which deem payments to contractors to be initally captured for Payroll Tax purposes (regardless of their entity structure) before considering whether any of the exemptions apply.

Western Australia continue to apply the common law provisions to determine if a contractor is subject to Payroll Tax, although there are specific exemptions which can apply to exclude genuine independent contractors.

The WorkCover Authorities are less consistent in their contractor provisions from one state to another and have different rules depending on whether the contractor is a sole trader or operates through a corporate structure.

It is important to undertand that certain contractors will be covered under your WorkCover policy if they are regarded ‘workers’ for the relevant State of Territory in which they work and it is your obligation to declare their remuneration in your annual declaration of rateable remuneration.

Similarly, the Independent Contractors Act 2006 (Cth) seeks to establish legal obligations, liabilities and entitlements which may arise in an employment contract between a business and independent contractors. A court is able to set aside a contract if it is found to be harsh or unfair which means the employer would need to satisfy all of their obligations to the contractor as if they were an employee.

The Fair Work Ombudsman has been busy enforcing these Acts. Select this link to read of a recent case.

Sham contracting is where an employer attempts to disguise an employee as an independent contractor to save costs that otherwise arise on employee entitlements including Superannuation, PAYG withholding, leave entitlements, Payroll Tax and WorkCover.

Workers cannot be treated as contractors by simply dressing up the arrangement and heavy penalties apply.

Sham contracting has received little audit activity in the past, although we’ve noticed audits have begun following the Governments $9.2M fund to setup a ‘Sham Contracting Unit’ in the 2019-20 Federal Budget.

The 2019-20 budget allocated $9.2M to setup a “Sham Contracting Unit” and audits have already begun.

The consequences of getting it wrong

The penalties for misclassifying workers can be quite severe. For example, a worker paid $150,000 that was incorrectly classified as a contractor, the primary tax alone (not including penalties or interest) results an additional liability of $70,000 to the employer as summarised below:

This exposure could increase another $20,000 to $40,000 if you take into consideration the penalties and interest that could be imposed.  Therefore, the consequences of incorrectly distinguishing an ’employee v contractor’ could be an additional 70% of what you’ve paid that person.

Its also important to note that contractors found to be employees may be entitled to back pay under a modern award and will have other entitlements not listed above such as penalty rates, allowances, leave loading and eligible for compensation for unfair dismissal or other prohibited conduct.

The 2019-20 budget allocated $9.2M to setup a “Sham Contracting Unit” and audits have already begun.

It’s not all doom and gloom

Our Specialist Taxes Group team have been very successful in obtaining part or full remission of some of the above penalties by working proactively with our clients to:

It is important to understand that the chances of success in achieveing a successful outcome on interest and penalties diminishes once an audit or investigation is initiated.

In addition, the ATO, State Revenue Authorities & Fair Work Ombudsman frequently share audit results which means it wont be long before the other authorities come knocking.

If you have any concerns or questions about your contractor compliance, our Specialist Taxes Group team are well placed to assist you.  Contact us on 1300 878 876 or via contact@specialisttaxes.com